Arrive at Noi Bai International Airport and transfer to your hotel in the Old Quarter. Our boutique partner hotels are cosy, comfortable and centrally-located for your convenience.

After breakfast, strike out on a full-day tour of some of Hanoi’s fascinating sights showcasing the more than 1,000-year-old history of this graceful capital city.

Highlights include: the Temple of Literature, Vietnam’s oldest university, with its ancient collection of peaceful courtyards and gardens built in homage to the Chinese scholar Confucius; a walking tour through some of the Old Quarter’s 36 streets named after the original craft guilds making products of tin, silver, bamboo and more.

Stroll through the labyrinthine back alleys for an authentic look at local life amongst temples and traditional houses as your guide makes Hanoi’s history come alive with stories of this ancient capital. Visit the Ho Chi Minh Mausoleum, an imposing structure that houses the preserved remains of the country’s former president revered for leading the fight for Vietnam’s independence from colonial French rule.

Nothing is quite as representative of Hanoi as the iconic Ngoc Son Temple (also known as the Temple of the Jade Mountain) situated on a tiny island on fabled Hoan Kiem Lake. Also take in a traditional water puppet show, an age-old art form which originated in the Red River Delta as a way to fuse puppetry and music to tell fables and folk stories.

Enjoy refreshment stops during the day including a velvety smooth Vietnamese coffee at a café overlooking Hoan Kiem Lake and a traditional Vietnamese lunch with a contemporary twist at Home Restaurant, a vintage-chic eatery housed in a beautifully restored 1930’s French-era villa with views over tranquil Truc Bach Lake. Return to your hotel in the late afternoon with the evening at your leisure.

[Optional at personal expense] From the Tuan Chau Island Marina, take an unforgettable 25-minute scenic sightseeing flight for bird’s eye views of the highlights of this UNESCO-listed World Heritage Centre. Fly over the spectacular seascape of some 1,600 islands and islets, most untouched by humans and marked by towering limestone pillars rising out of the emerald waters of the Gulf of Tonkin.

At noon, check in to your cabin aboard the Emeraude, a boutique sailing vessel modelled after a turn-of-the-century paddle steamer. Enjoy a superb buffet lunch in the stylish restaurant that recalls the Golden Age of Travel with dark woods, vintage photographs and elegant table settings.

The rest of the day is a pleasing mix of relaxation and exploration with shore excursions to visit Surprise Cave, the largest and most spectacular in the bay, and Titov Island where you can climb the hill for 360-degree views or swim off the golden sand beach.

The afternoon’s activities also include crepes on the sundeck, a cooking demonstration and time to watch the ever-changing scenery of glorious Halong Bay glide on by. A delicious BBQ dinner is served in the restaurant, followed by a movie.

You are invited to wake up with the sun and participate in one of the most scenic Tai Chi sessions you’ll ever encounter on the sundeck of the Emeraude.

Enjoy pastries and a morning cup of coffee or tea with the glittering islands of Halong Bay as a backdrop before visiting a pearl farm or kayaking around the islands (nominal fee applies). After checking out of your cabin, sit down to a final brunch at the restaurant as the ship cruises through the bay.

After breakfast, set off on a morning cruise on the De Vong River to the Bay Mau Water Coconut Forest. This “green lung” of Hoi An features tranquil waterways flanked by water coconut palms and rustic villages.

Gain insight into the lives of the local fishermen as you watch them manipulate the large “ro” nets from your vantage point on a traditional circular basket boat. Back on board the ship, observe the mesmerizing riverscapes glide on by as you feast on tasty tapas freshly prepared by our chef and enjoy a blissful foot massage by therapists from the Victoria Spa.

The afternoon is at your leisure. Take advantage of the many complimentary services from Victoria Hoi An Resort & Spa, including a 30-minute Back & Shoulder Spa Package, a Tai Chi session (reservation required), or perhaps a set of tennis.

We also highly recommend taking the complimentary shuttle into the pedestrian-friendly Ancient Town and strolling among its historic shop houses-turned-boutiques, visiting the many atmospheric Chinese temples or Hoi An’s iconic Japanese covered bridge.

Hoi An is also famed for its high-quality, custom-made clothing and leather goods, many of which can be tailored in as little as 24 hours.

Day 6: Hoi An - Sidecar to the Countryside

Spend the morning exploring the picturesque countryside of Hoi An by vintage sidecar, providing a unique perspective from which to photograph the area’s lush rice fields and single-craft villages that grew from when Hoi An was a prosperous port city in the Middle Ages.

Choose from one of two 2-hour routes:

Spend a lazy afternoon by the resort’s private stretch of golden sand beach or on a sun lounger by the palm-fringed infinity pool or perhaps return to the Ancient Town for some last-minute souvenirs.

Check in to your hotel in Ho Chi Minh City. Our partner hotel is situated in a prime location of Ho Chi Minh City, and offers easy access to famous city attractions, shopping centers, and commercial buildings.

In the late afternoon, explore Saigon’s amazing street food scene on a culinary walking tour. As Vietnam’s largest city, Saigon draws residents from all over the country who bring with them their favourite regional specialties, making Saigon one of the world’s best foodie destinations.

Come with an empty stomach and an adventurous spirit as you sample some of Vietnam’s best street foods including stuffed “banh mi” baguettes, flame-grilled barbecue skewers, tasty noodle dishes, Vietnamese sweet puddings and perhaps even a grilled rice paper “pizza” served at streetside stalls which pop up just in the evenings.

Bustling Saigon with its 8 million residents and 8 million motorbikes retains a charm all its own through its carefully choreographed chaos, tree-lined boulevards, and pale yellow colonial-era buildings next to modern skyscrapers. See some of the highlights of this metropolis once known as the “Pearl of the Far East” on a full-day tour.

In the morning, visit some of the city’s downtown sights by private car, including the graceful Central Post Office and the Opera House, both reflecting French-Vietnamese architectural elements from the late 19th century.

​Also experience Ben Thanh Market with its iconic clock tower, the Reunification Palace with its stately meeting rooms and beautifully landscaped gardens, and the War Remnants Museum for a sobering look into the American War through the eyes of the Vietnamese people.

Enjoy a cooking demonstration and lunch at the elegant Mandarine Restaurant featuring traditional Vietnamese cuisine with touches of French influence.

In the afternoon, swap car for cyclo, a traditional pedal-powered form of transportation that’s ideal for exploring the alleyways of Saigon’s Chinatown, also known as Cho Lon.

Originally a separate city established by Chinese immigrants in the late 19th century, Chinatown provides a fascinating look back in time with its incense-filled pagodas, traditional herbal medicine shops and colourful neighbourhoods.

In the late afternoon, head up to one of Saigon’s highest buildings, the 68-storey Bitexco Tower, for sweeping views of the Saigon skyline including the Saigon River as it winds its way past skyscrapers and rice fields.

Enjoy a leisurely cocktail at Café EON on the 50th floor as the sun begins to set over Saigon. Transfer by car back to your hotel with the evening at your leisure.

Day 9: Taste of the Mekong Delta

Morning departure from Saigon by private car for a 2 hr drive southwest to Cai Be, gateway to the Mekong Delta. The friendly crew of the Cai Be Princess welcomes you on board the luxury sampan with a chilled towel and refreshing drink as you begin cruising the local waterways.

Observe as life unfolds on the river banks, an ever-changing kaleidoscope of peaceful landscapes and industrious river folk, while enjoying a cup of hot tea and fresh fruit from the Delta, Vietnam’s “Rice Bowl”.

The morning’s shore excursions include a row boat trip at Tan Phong Islet to explore its narrow canals and hidden mangroves, a visit to a 19th-century home to admire Indochinese architecture and stops at local workshops turning out treats like coconut candy and puffed rice (the local equivalent of popcorn).

Disembark at Le Longanier Restaurant for lunch at this exquisite colonial-style villa set in a lush tropical garden by the river, an elegant throwback to life during Indochinese times.

The beautifully presented set lunch showcases some of the wonderfully unique products of the Mekong Delta. In the early afternoon, a private car awaits to make the return trip to Ho Chi Minh City with the rest of the day at your leisure.

After breakfast, transfer to Tan Son Nhat International Airport for your onward flight.

*Note: the price is based on minimum of 2 persons travelling

*Note: the price is based on minimum of 2 persons travelling

Our Partners come from within TMG's 4-star portfolio, many of whom boast 20+ years of award-winning experience.

Our Partners enable us to deliver consistently high-quality service to clients.

We use our own providers with no middleman, delivering maximum value for money to guests.

Our guests also enjoy extra perks: 15% off on all in-house services & free room upgrades (upon availability at check-in).

Your expert travel consultant will look after you from beginning to end.

We craft your journey from our region-specific experience & extensive local knowledge.

You'll travel with English-speaking guides who are local experts themselves.

It's All About You

Our journeys are customisable with Tour Extensions (optional extra experiences).

All our tours are private or small group.

We're always here to support you during your travels.

YOU MAY WANT TO EXPLORE

Travel the length and breadth of Vietnam, taking in Sapa, Halong Bay and Hanoi in the North, Hoi An in Central Vietnam, and Saigon and the Mekong Delta in the South.

Explore the highlights of Northern Vietnam by land, sea and air visiting the famed terraced rice fields of Sapa and magical Halong Bay on a scenic flight and overnight cruise. 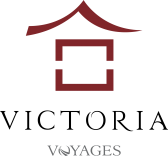